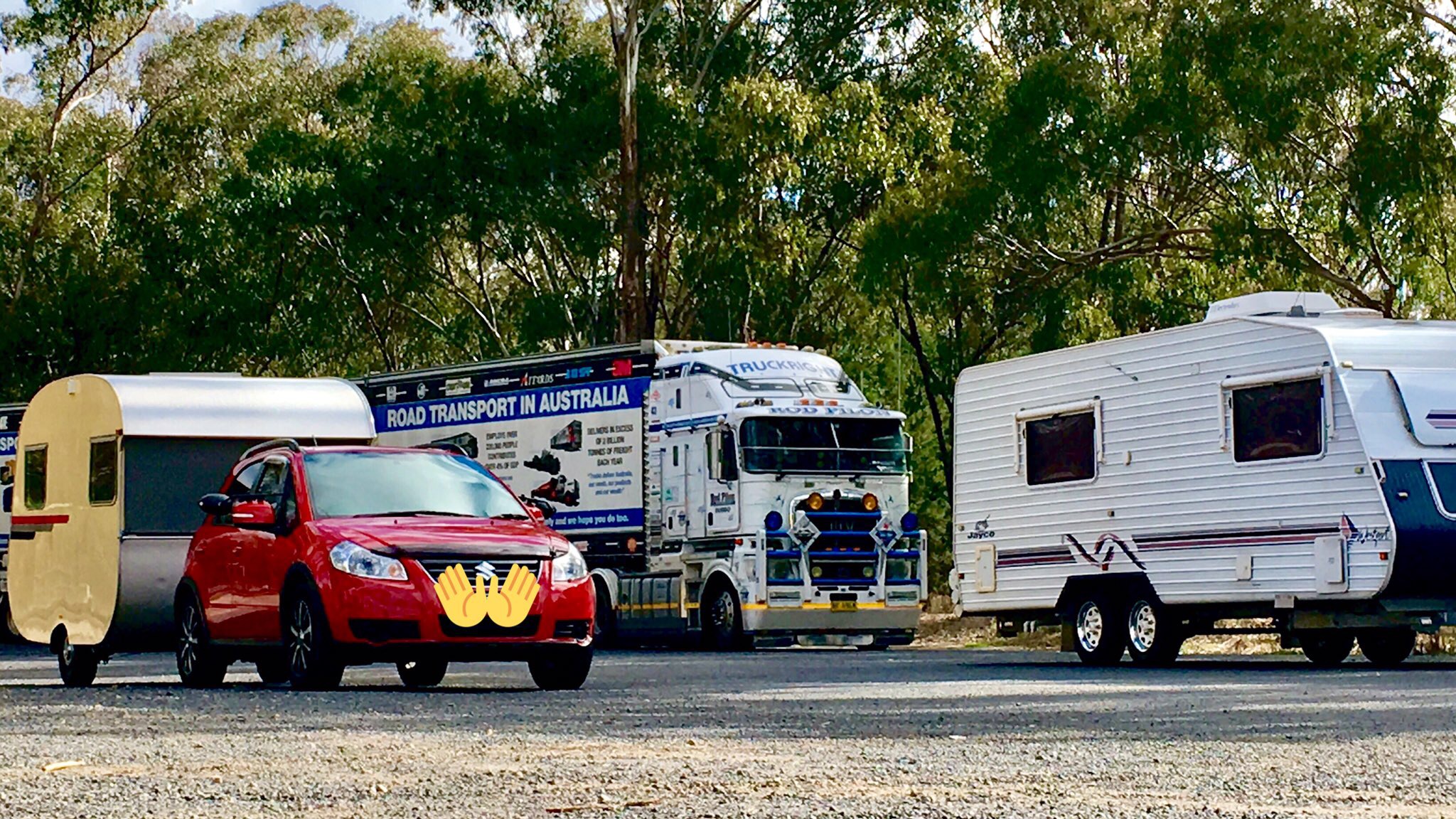 Rod Hannifey explains the need to share road side parking bays and their facilities among caravaners, campers and heavy vehicles.

It should be obvious ‘Truck Only’ parking bays need to be for trucks only. Parking bays which do not have designated signage need to be shared. With planning and consideration, all road users should be able to use the facilities as intended. By understanding that B’doubles and Road Trains are legally required to utilise these parking bays, Rod explains the need to consider everyone when we park. If Caravaners and campers grouped together, instead of spreading out, we can provide room for heavy vehicles to access these facilities. With some simple planning you will allow heavy vehicle drivers to take their legal rest breaks

Not only is access for heavy vehicles a problem but egress is also an issue. In the video, we show a B’double squeezing out of a parking bay between two caravans in the daylight. As you watch, imagine this at night with no lights. Consider also that late at night is when most trucks are going to be needing access to these parking bays, generally long after caravaners and campers are asleep.

Just as no one wants tired truckies on the road, we also don’t want tired campers on the road either. By thinking about each other we can achieve a safety benefit for all road users. The key word would be consideration for all.

Rod Hannifey has spent most of his truck driving career as a road safety evangelist and advocate for safety within the Australian road transport industry. He is an accomplished and respected columnist and has been an advisor to Industry and government on many projects. He also pilots the distinctive Truckright Industry Vehicle which is a K200 Kenworth in B’Double configuration.